Roof rats and humans go way back, coexisting with each other for many millennia. These pests have remained a constant problem for homeowners each century, bringing the threat of home damage and disease wherever they run. 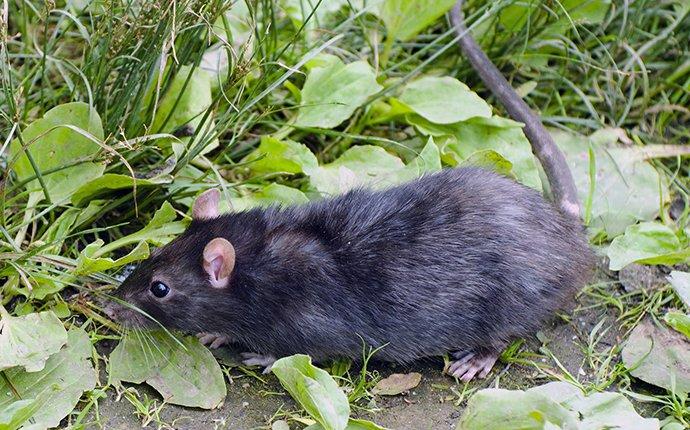 Roof rats impact how humans live their lives right here in North Dallas, TX. If you aren’t vigilant, a roof rat problem in your North Dallas home can cause serious problems. Here’s all you need to know about roof rats – and how to prevent them – in North Dallas properties.

You’ve probably seen roof rats around North Dallas, though these rodents are often confused with other rat species. All rodents cause similar problems and require similar removal tactics, but let’s make sure you’re worried about roof rats, not a different pest.

Like other rodents, roof rats have long, furry bodies, four legs, and small pinkish hands. They have narrow, triangular faces, and though they vary in size and color, they are notably bigger than mice. Roof tats only grow to about 5-7 inches in length, and they are much darker and “pointier” than other rats.

In addition to their dark, sharp features, you can also identify roof rats based on their movements. Hence the name, roof rats are climbing rats and will climb on your roof, support beams, and other masonry, making them notoriously hard to catch and remove. You’ll need to be vigilant to remove them due to the damage they can cause.

Rats cause two types of problems: home damage and disease. If anything, these pests are your property’s worst enemy: They chew through wood, wires, plastic, and insulation in your home just to build their nests. These damages include your exterior masonry and your roof, which roof rats are known to run across, nest in, and damage.

The repairs from roof rat damage can cost thousands of dollars and ruin your property’s value.

Roof rats also spread awful diseases such as Leptospira, Salmonella, Hantavirus, Bartonella, and (rarely) the Bubonic Plague. These pathogens are spread in the following ways:

Clearly, roof rats have no place in your North Dallas home. So, how can you keep them out?

Keeping roof rats out shouldn’t be time-consuming. Your best bet is to make your house as unattractive to roof rats (and other rats) as possible.

Roof rats are attracted to two things in your North Dallas home: clutter and food. If your house has a lot of junk or mess, such as piles of clothes or trash, rats will camp out and start their nests there – especially if they have access to the trash or pantry.

If your home has a lot of food sitting out, an unlocked pantry, or open access to trash bags, rats have every incentive to move indoors. Keep your food secure and your trash bins closed.

Finally, roof rats are climbers and often get inside from the chimney. You can prevent this by placing a roof cap, which will allow smoke to move out but will keep rats from coming in.

Despite these prevention efforts, roof rats can still make their way inside North Dallas properties. If a roof rat has made its nest in your home, it’s too fast and wily to get rid of before it reproduces. Instead of trying to trap them, contact North Dallas’ local roof rat experts instead. DANCAN The Pest Control Expert will make sure these furry pests never hurt the health of your family and property ever again!