With all of the possible pests homeowners face, ants rank near the top of the list when it comes to how common they are in the United States. Most species of ants are just nuisances. They don’t harm anything or anyone, yet they make homeowners and guests uncomfortable. Then there’s the dreaded fire ant. Fire ants are a different species entirely. 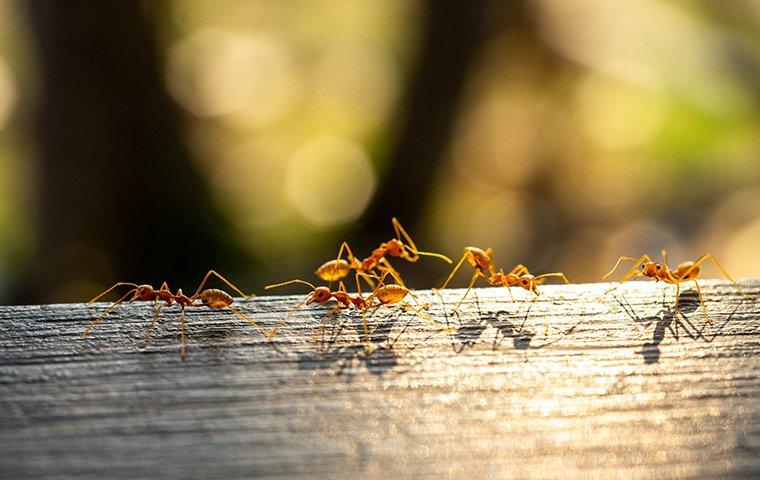 Fire ants are a bright red and are noted for having a stinger, unlike other ant species. Like normal ants, fire ants are relatively small in size and live in their ant colony. You’ll know if you come across a fire ant colony thanks to the appearance of large mound-like nests that are flattened and irregular in shape.

Things Get Worse With Fire Ants

Let’s be clear at this point. Fire ants are not to be trifled with like the other species of ants. While it’s usually referred to as a bite, fire ants sting people. More importantly, fire ants are especially territorial and will attack en masse if they feel threatened. Fire ants prove worse than other ant species in the following ways:

It’s always a better idea to work with pest control professionals trained to handle fire ants. They have safer methods of treatment. Plus, with fire ants, the queen must be eliminated or the remaining ants will just create a new colony. The queen is usually deep in the mound, which makes it difficult to get to this important member of the fire ant colony.

Get Help With Fire Ants From DANCAN

Our team at DANCAN is committed to ensuring pest control is done right every time. We refuse to deliver anything less than top-tier services by using the highest quality products possible. Also, we utilize our trained pest technicians to ensure the right treatment is delivered to combat any pest that threatens your sense of peace and comfort.

Are you in need of fire ant prevention services? Then give us a call to speak with one of our agents about our professional fire ant control options or fill out our online form to schedule your quote.