Is It Dangerous To Have Ants About My North Dallas Property?

Home › Blog › Is It Dangerous To Have Ants About My North Dallas Property?

When you think of dangerous insects, you probably don’t think of ants. Let’s face it: ants are tiny, they don’t weave webs or have gigantic stingers, and they don’t look all that threatening or disgusting. While you’re right in assuming that most ants can’t cause any trouble, ants aren’t entirely innocent pests. 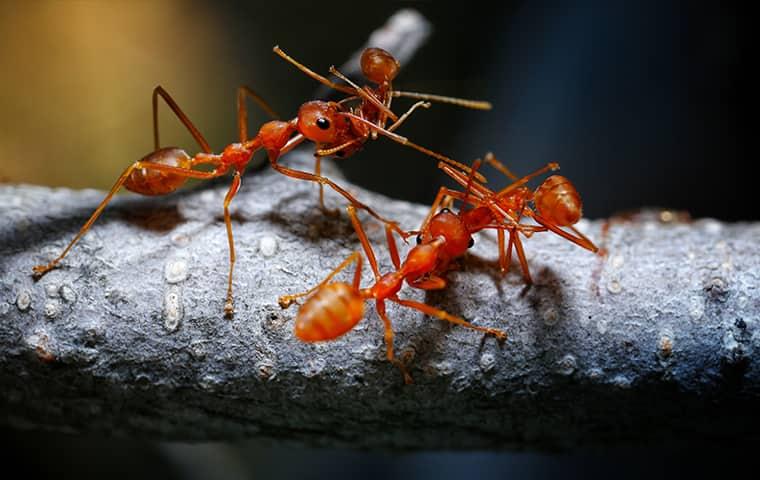 If you see ants crawling around your North Dallas property, you may just be dealing with a nuisance pest, but no ant species is welcome in the house and you don’t want to risk letting the issue get out of control. Let’s discuss the different ant species common in Texas, and what Dallas residents should do if the ants are dangerous.

There are thousands of ant species around the world, and dozens of them exist in Dallas alone. While these species vary in size, color, and danger, all ants share the same reliable traits.

All ants have segmented bodies divided into three parts – the head, the thorax (middle), and the abdomen. Six legs branch off of the ant’s thorax, a short stinger rests on the end of the abdomen, and the face has two short antennae, two short pincers, and two small eyes.

When it comes to your home, there are two types of ants: nuisance pests and dangerous pests. Nuisance ants are the following:

Though these ants aren’t considered dangerous, they still aren’t safe to have in the home. They can easily contaminate your food and they are very tricky to get rid of.

Regardless of if an ant species is dangerous or not, all ants are nuisances. The difference between the two types is that dangerous ants can directly harm your health or your home’s foundation. These are the ant species you definitely don’t want to see in the home:

While this guide can help you identify which ant species you’re dealing with, the truth stays the same regardless: repeated ant sightings around the house pose serious problems for your health and household. If you think you’ve got an infestation, then the ant colony is already too large to deal with on your own – instead, call the experts at Dancan Pest Control, and our total pest control will get rid of your ant problems for good.

Get Your Free Estimate Today!